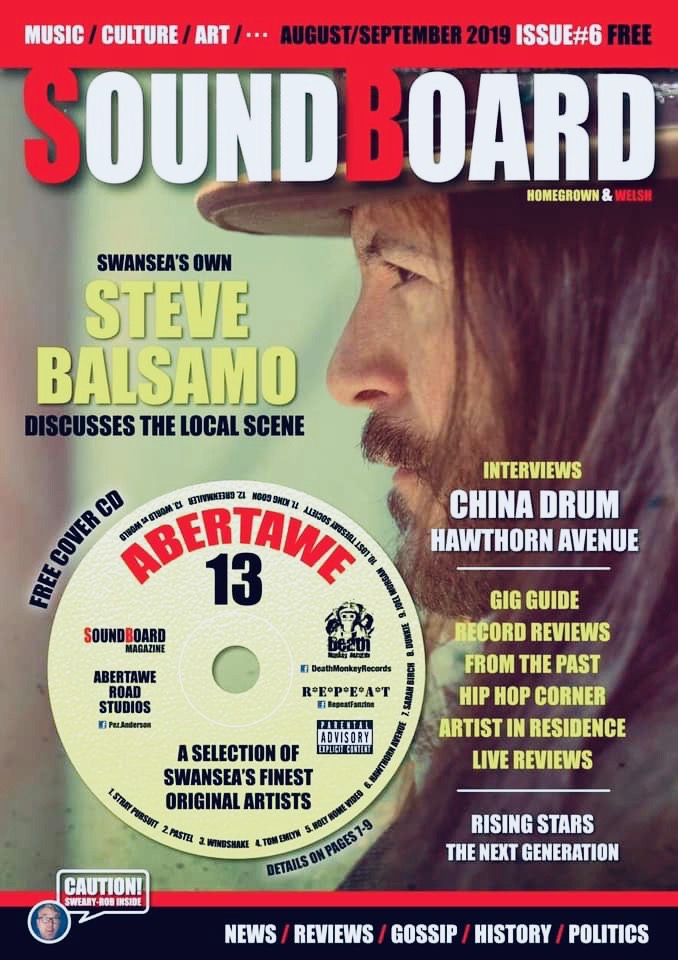 SoundBoard Magazine & DEATH MONKEY are collaborating on an upcoming project at Abertawe Rd for the next issue! We’ve been busy in the studio recording a covermount CD to be included with the next issue of SoundBoard which is FREE and available from independent venues and music stores across South Wales. We expect to see a digital version available for streaming and download at a later date, but the Soundboard CD’s will be Limited edition so pick up a copy fast!

It’s a bit of an undertaking, with 13 artists from across the South West region who all have a huge presence in the Swansea music scene right now. The artists are all recording original songs from their repertoires and the finished album will contain unheard tracks from yet to be released material, exclusives, as well as alternative versions from their well known set lists and previous albums.

The compilation will be an eclectic mix of Indie, Alternative, Folk and Americana with bands, solo artists, duets all contributing with exclusive material for the album recorded by in-house Death Monkey Producer Dave Milsom. Expect to see the finished album some time around August this year.

We can reveal that the artists who are involved in the upcoming Collaboration will be:

Look out for more info as get this mammoth project underway!