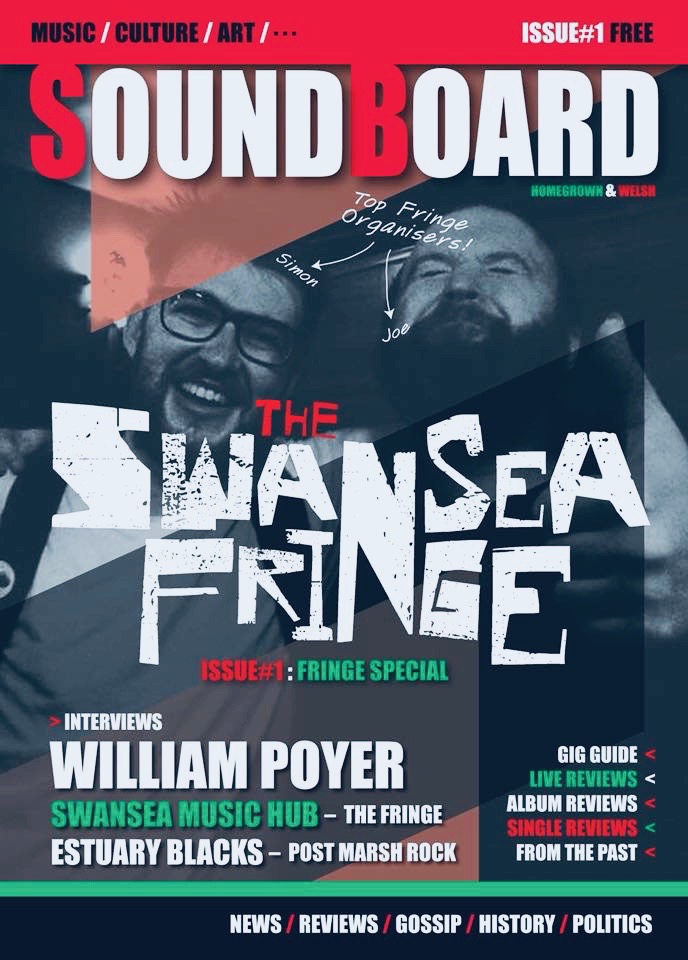 The 26th October sees the launch of the NEW SoundBoard Magazine. One of the very first projects to come out of the newly formed Welsh SoundBoard Co-operative, the mag will focus on the music scene and culture in Swansea and the South West of Wales. It’s a Monthly publication will be available from all sorts of venues and music related outlets across the region, it’s also FREE!

Wha’s to love about SoundBoard Magazine is that it’s more than just a fanzine, it’s going to be published on A4 and in full colour on textured paper, providing not only a news and entertainment product, but also something of quality and that is collectible. It will be a symbol of the hard work, dedication and love that all the musicians, fans and people working in the local music industry put into their local scene, reflected back at them.

The magazine is run by a small team and is taking contributions from an array of creatives from the region. This is exactly the sort of initiative that we need more of and which keeps the local music community connected. Not that there haven’t always been fanzines and local publications to fulfil this role, but there’s not as many of them about these days as blogs on online content become more prevalent. There’s a place for everything but SoundBoard creates an experience that can only exist in the real world and heightens the enviroment and the culture that surrounds it.

It’s also important because at its heart the magazine is DIY run by people who care about their scene and not to create a profit beyond the advertising revenue it needs to exist in the first place. We love fanzines and music mags for the same reason we love record shops and going to gigs. Having a tangible connection to your environment in a world that increasingly virtual makes all the difference in sustaining a music scene. Music at its core is a social experience, when you listen to music you are connecting with people, their feelings, emotions and ideas, so anything that exists within the community, for the community, by people in the community can only strengthen and enrich that experience. Well done SoundBoard Mag peeps, long may you reign.

There will be a launch party for SoundBoard Magazine at The Waterfront Museum in Swansea on October 26. The event is FREE but you will need a ticket.