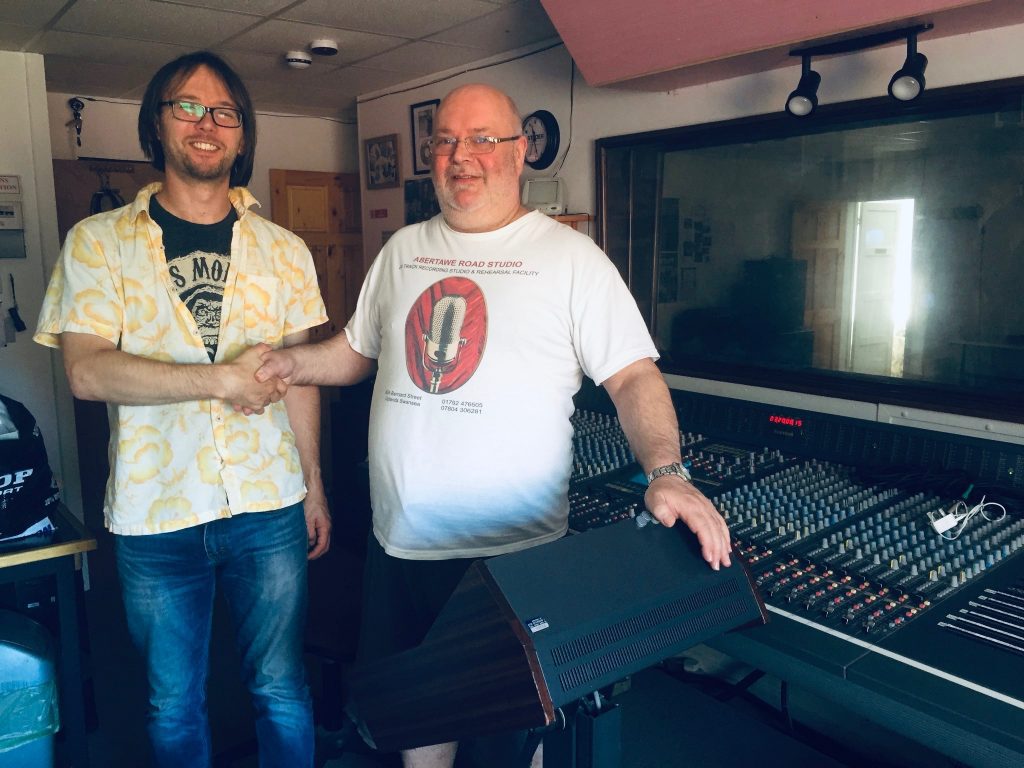 Abertawe Rd. Studio and Death Monkey Records are teaming up from this July to make the studio home for all DMR’s recording needs for our artists. Studio owner Pez Anderson has always been a supporter of the music scene in Swansea and is well known to many generations of bands who have used the studio in Uplands, Swansea to rehearse.

Abertawe Rd is Swansea’s longest running Analogue Studio and is home to a STUDER 24trk Tape Machine that was used to create the soundtrack for Lord of the Rings. The Studio was also in the papers when some old tape stock which had been bought from ebay, was discovered to contain the original multitrack recordings for the 90’s rock band Thunder, which were instantly recognisable to Pez as they were one of his favourite bands!

While the illustrious analogue equipment won’t routinely be used for Death Monkey recordings, in-house producer Dave Milsom will be hoping to make use of it on the right projects, to add the famous ‘analogue warmth‘ which is so revered by audiophiles and indie music fans alike.

The partnership between ARS and DMR will make the recording process a lot easier for Death Monkey and it’s artists, as well as providing a base of operations for the label. We have in the past used a number of different amazing studios all around South Wales to record our albums ‘dry hiring‘ and moving in for the duration of the recording with our own gear. We can now focus our efforts on giving a Swansea institution the recognition it deserves and increase its role in making Welsh music known far and wide.

With Pez and his studio on board, we look forward to offering bands an amazing recording experience, in a studio which is considered by many to have one of the best drum room sounds in Swansea.