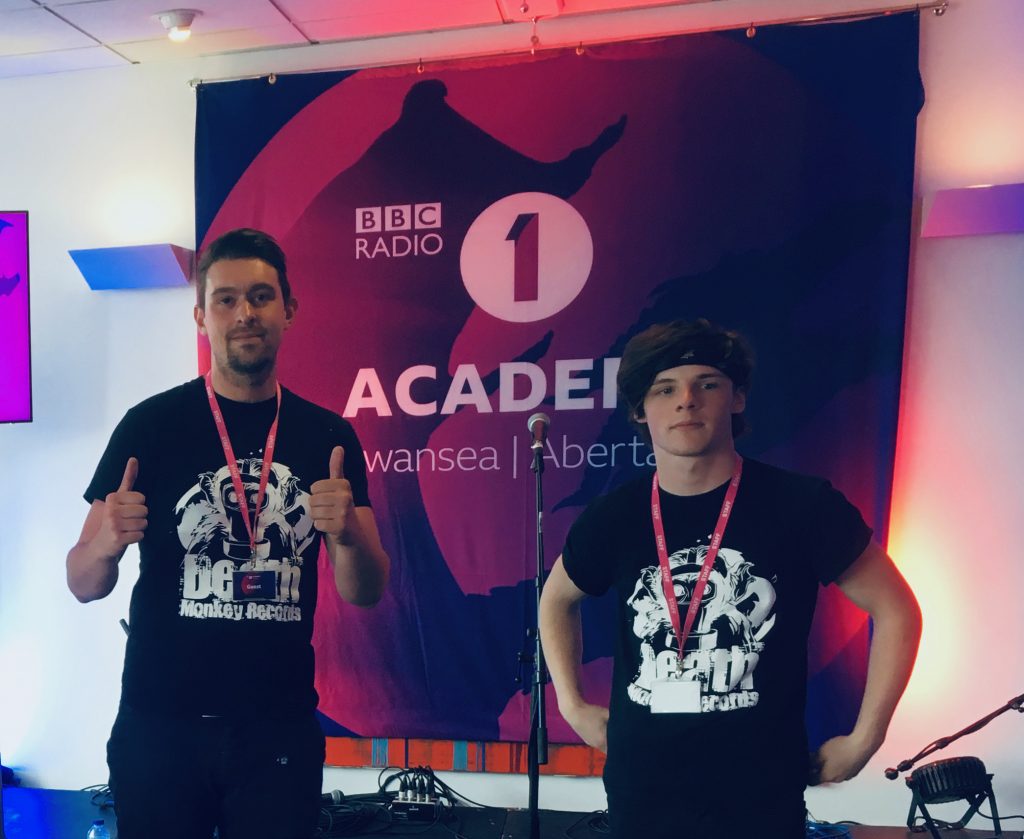 Death Monkey Records were at the recent BBC Radio 1 Academy which took place on 21st May at Swansea Grand Theatre. We were there with one of our NEW bands and took part in a Q&A session about the regional music industry as part of a panel of industry experts.

Death Monkey invaded the BBC event bringing along one of our newest signings Portraits, who helped tell people a bit more about the label and having a record deal from an artists point of view. Christian and Dom from the band were also performing acoustic sets throughout the day.

We were really glad to be a part of the Academy on the panel of industry experts and had a great time, however we do reserve a bit of criticism for the BBC. Since we began the label in 2010, we’ve seen a marked decline in the organisations support for local music, having axed all its regional Introducing programming which used to spotlight and give airplay to local bands on a regular basis. The infrastructure still exists, but is now a lot more regimented and contained and not celebrated in the same way as it used to be. Grassroots material is much reduced in scale and relegated to late night programming rather than the more visible mid evening slot it used to occupy on regional channels. There is also now less capacity to hear original and grassroots music on the network.

Presenter Adam Walton stands out as an exception to this trend, with a varied and eclectic curation of fringe music in Wales and a high standard for submissions to his show. Unfortunately, Adam seems to be what remains of what used to be a whole host of presenters throughout the BBC who would showcase NEW, experimental and unheard music, from ‘up and coming’ artists as well as previously unknown bands.

We would like to see a return to the sort of support the BBC previously gave to showcasing Grassroots music. Their current Introducing framework only seems to focus on bands after they have made a name for themselves, and the output also seems to be a lot more ‘commercially’ orientated. Airplay is still a significant achievement for new bands and while streaming and play-listing has become much more increasingly relevant, it still doesn’t replace the human connection and influence that a presenter can achieve with an audience.

There’ll be more NEWS from recent signings Portraits in the coming weeks.