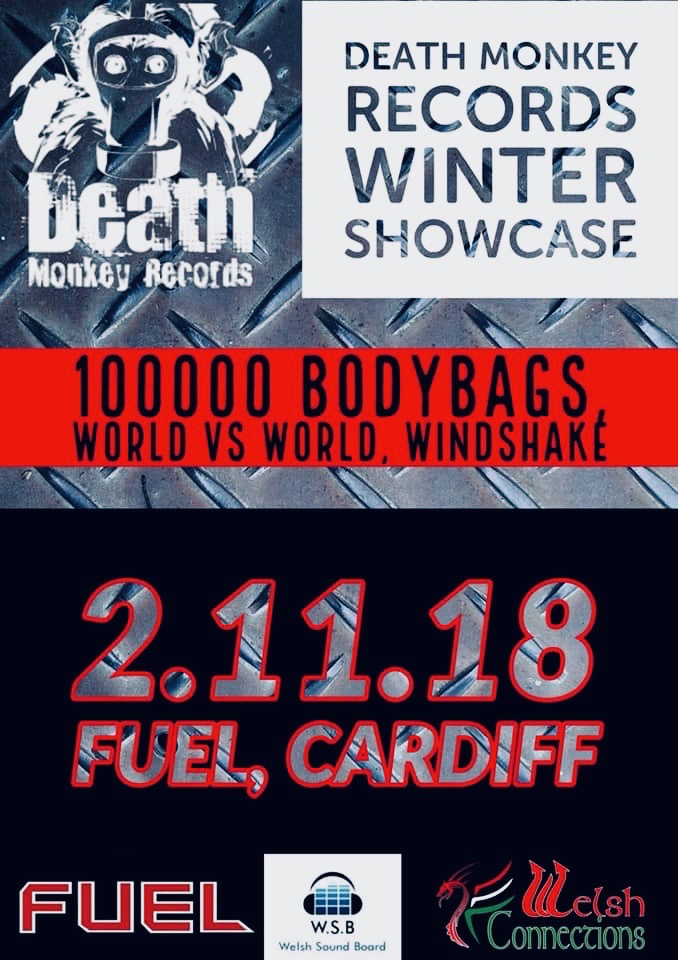 We’ll be at FUEL Rock Club in Cardiff on NOV 2 for our Death Monkey Winter Showcase. It’s also going to be Free Entry on the night!

On the bill is WINDSHAKE who are releasing their exclusive DEATH MONKEY single ‘Accept it From Me’ shortly, alongside label veterans World Vs. World and 100,000 Bodybags.

The crowd at FUEL are always great and the venue is a real hub for fans of heavy music. It’s gonna be a party, See you there! 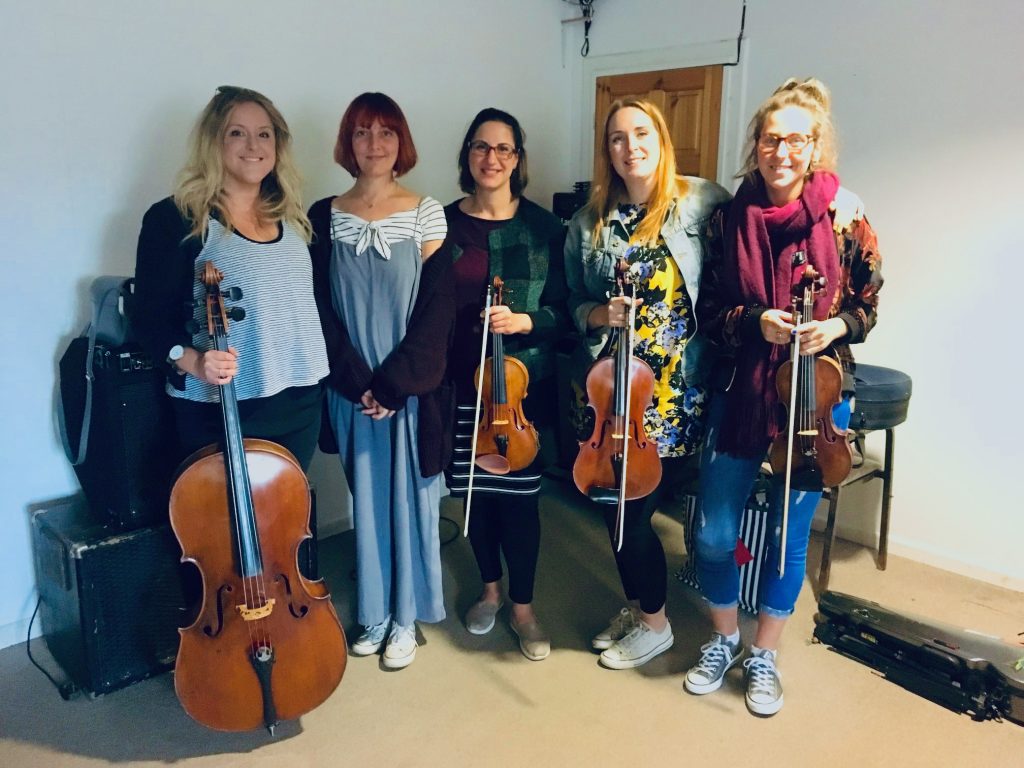 Sarah Birch to Record Her Debut Solo Album for DMR

It’s about time we let slip that Sarah Birch of festival favourites Lost Tuesday Society is recording her debut solo Album for Death Monkey Records! Work is already underway and Sarah was at Abertawe Road Studios this week with producer Dave Milsom and some special guests.

The illustrious Mavron Quartet came down to the studio to record string parts for several of the songs on the upcoming album, which is due for release early next year. Sarah worked with the prolific Cardiff based arranger Sebastian Goldfinch to write the Quartet parts, who is also known for being part of the Welsh electro duo Cotton Wolf.

Sarah Birch is best known as lead singer in alternative Folk troupe Lost Tuesday Society and has been slowly gathering material for a solo album over the past year. The Ballad of Peter and Jane is a concept album about a dysfunctional relationship, while mainly Folk based, the production process has seen Sarah explore a more contemporary sound with hints of electronica, as well as a few guest appearances from the local scene.